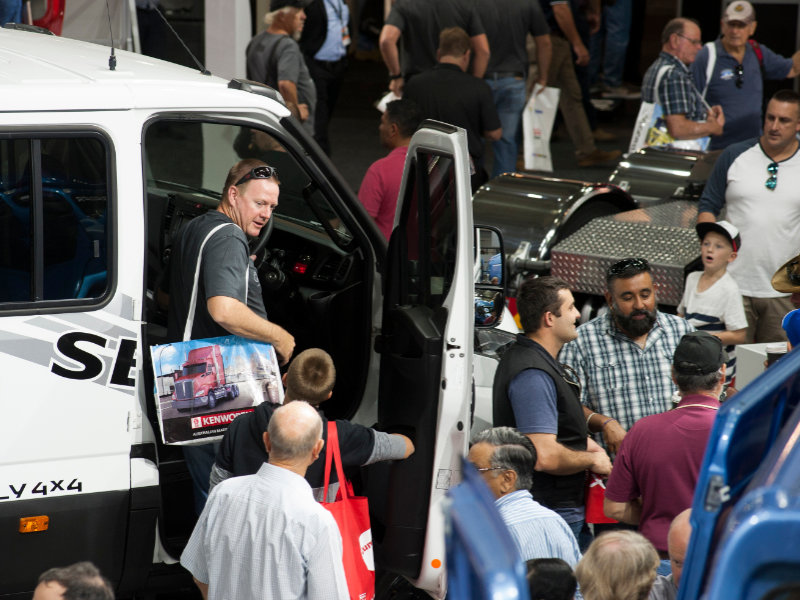 The Brisbane Convention & Exhibition Centre will be bursting at the seams when the 2019 Brisbane Truck Show kicks off on Thursday 16th May next year.

If the 1100 truck movements that it took to build last year’s show is anything to go, it’s hard to imagine what else can be added. More trucks and more trailers; more equipment components and more technology. That’s what.

The show has been produced by Heavy Vehicle Industry Australia (HVIA) on behalf of the association’s members and the broader industry for over fifty years.

“We have had a phenomenal response,” Noelene told us. “There has been a constant buzz since we reached out to exhibitors from last year’s Brisbane Truck Show.

“And then when the 365-day countdown was launched on 16 May for the 2019 event, our social media community went into a bit of a frenzy.

“We have been very busy behind the scenes developing next year’s event, creating a whole raft of new initiatives designed to attract even more qualified customers to attend the show, and from a wider range of industries.

“The Brisbane Truck Show is an unparalleled event to showcase the very best our industry has to offer to its customers.

“Over the next few weeks before the official launch, we will be working closely with our exhibitors, both old and new, as we prepare to unveil all the exciting reasons not to miss the 2019 show.”