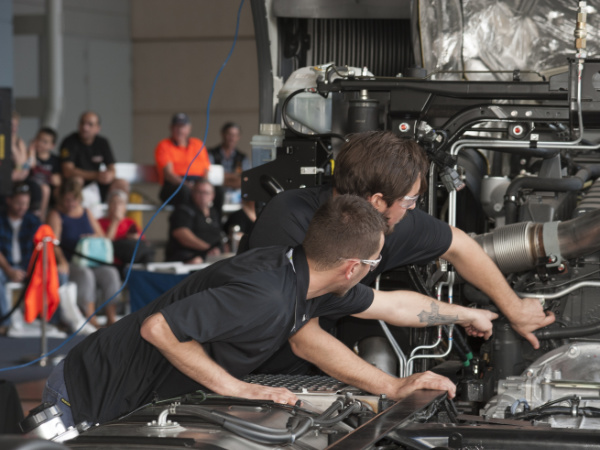 Three teams have been selected to represent their regions at the 2019 HVIA National Apprentice Challenge that will be staged live at the 2019 Brisbane Truck Show from Thursday 16 May to Sunday 19 May.

A record number of apprentices sat the gruelling exam this year, and the two highest results from each of the regions were selected to compete in the intense challenge held at the Brisbane Convention & Exhibition Centre.

Event coordinator, former HVIA Director Chris Musch managed the selection process of the teams and commends all applicants for taking part in the rigorous exam.

“Every apprentice who gave the exam a go deserves a pat on the back, it was a tough one. TAFE Queensland SkillsTech provided excellent support this year in helping to arrange the exam and mark the large amount of entries that were submitted,” Mr Musch said.

“Our selected competitors are a mixture of 2nd, 3rd, and 4th-year apprentices and it’s great to see these young people start a journey that will open doors to rewarding career paths in the industry, with opportunities in national and international spheres.

“The competing teams will secure an all-expenses-paid trip to Brisbane for the 2019 Brisbane Truck Show and will receive tool prizes provided by Warby Tools.

“They will also be lucky enough to meet some drivers at the championship in the bustling pit lane and will take home a Red Bull Holden racing team merchandise pack thanks to Iveco Trucks.”

With talented competitors and major prizes up for grabs this year, the competition is expected to be as fierce as ever.

They will work against the clock to identify and correct generated faults on identical trucks provided by Iveco Trucks Australia.

“Visitors at the show can watch the compelling competition unfold with commentary explaining the apprentices’ strategies as they approach the challenge. The spectacle grows even more intense as teams watch their time limit evaporate,” Mr Musch said.

“The hands-on competition is an exciting and valuable opportunity for heavy vehicle mechanical apprentices. Having notified the successful candidates of their selection I think it’s safe to say we’re ready to get on with the challenge with the truck show just around the corner,” he said.