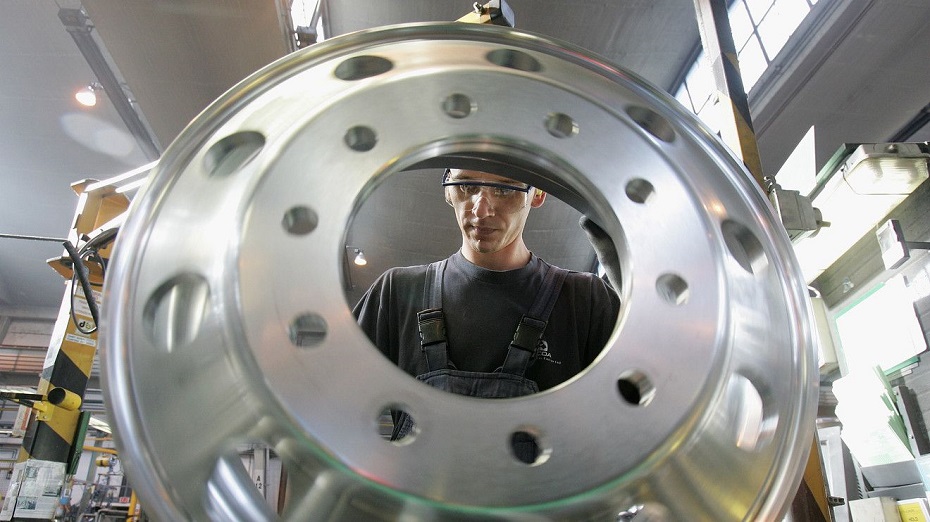 You’re not alone if you’re asking, ‘Why is wheel design so complex when all wheels are simply round?’

Designing the lightest and strongest wheels is top of the list for the manufacturer of Alcoa® Wheels, Howmet Aerospace, as these factors determine the overall performance of a truck, bus or trailer when it comes to increasing payload capacity and bettering fuel efficiency to help fleets maintain a healthy bottom line.

With the release of the new 18kg Alcoa® Ultra ONE® Wheel being showcased at Brisbane Truck Show this year, there’s been a lot of talk about why it’s such a big deal to have engineered a wheel that’s both the strongest and lightest in its class.

“When somebody wants a 22.5”x8.25” wheel, we just don’t pull a design from our back pocket and run it through a test. There’s a lot of things we’ve got to get from the customer, whether it be a mounting system, the offset, whether it’s going to be used in the steer position, for example”.

“It’s the whole system solution that we need to think about when we’re designing a wheel,” he adds.

Here are 5 critical things you wouldn’t think matter when it comes to designing aluminium wheels:

That’s quite an engineering achievement, considering that light commercial ute carrying less than a third of that weight on wheels that weigh almost the same!

And load is more than just the weight of the consignment sitting on the trailer.

“We take into account the tyre, it’s the mounting system, it’s everything that goes into how the load is transferred into that wheel,” says Grant.

“We know what the most severe application may be, so we incorporate that into our FEA* (Finite Element Analysis) to make sure that we are designing that wheel to handle those highest loads,” he adds.

2. THERE’S MORE TO ROTATION THAN ‘THE WHEELS ON THE BUS GO ROUND AND ROUND’

As wheels rotate, the load weight is transferred through the tyre and into the wheel at different places and at different times, adding stress that needs to be carried by the wheel.

“When designing a wheel, you’ve got to make sure you’re taking into account that full rotation cycle because the stresses aren’t being transferred in just one spot and so the load rating changes.” explains Grant.

In other words, the wheel designer has to make sure that the wheel can handle that change in load as it’s going through every second of its rotation.
This is called ‘cyclic loading’ and it is important that a wheel is sufficiently robust to withstand force and variable loads when doing its job on the truck or trailer.

3. DIFFERENT PARTS OF THE WHEEL REACT DIFFERENTLY TO STRESS, TOO

There are a lot of other parts of the wheel designers need to look at when it comes to making a wheel that can withstand the stress of the load, like: the rim, the hand holes, and any interrupted surface within the wheel’s design.

Each of these areas react to load stress differently, so the forged wheel can’t simply be treated as the one piece of aluminium it is.

The engineering team takes into consideration additional load-inducing variables like over-inflation, under-inflation, tyre scrubbing, and steer axle turning stresses. All of these change the way the wheel is loaded. For example, they may move the stresses from the handhole to the bolt holes.

Another important factor in designing wheels is to cross reference the wheel’s components with the tyres that are currently available in the market.

As new tyres are released into the market by the major tyre companies like Michelin, Bridgestone and Goodyear, Alcoa® wheel designers stay abreast of this and factor things like new load ratings in so that the wheel matches the new specs and applications.

Industry standardisation impacts the design of the wheel. International tyre standards for mounting systems, for example, need to be followed so that the rim is designed to fit the tyres available in the market.

“The last thing we want to do is design a wheel that the moment you try to put a tyre on it, it doesn’t work or you mess up the tyre,” says Grant. “We follow the min-max dimensions of tyres to help us design a rim that’s compatible.”

5. TESTING, TESTING AND THEN MORE TESTING OUT IN THE FIELD

All Alcoa wheels are put through rigorous testing.

Biaxial wheel/hub fatigue test technology is one of the tests that are run. Also known as the LBF test, it takes into account actual driving conditions, like rotating, bending and operational loading conditions, when testing for wheel life durability.

Another test we run is called the RR Moore Test, where we test cyclic fatigue until the endurance limit is reached. A number of variables are thrown into the mix to increase and decrease stress factors on the wheels and to cover all bases.

While it’s all very well simulating conditions in the lab, out in the real world things are a little different, so good wheel design includes taking the wheels out for a spin on the road.

Grant says, “We make sure we find out how people are using our wheels, too, because the damage we’re putting on a wheel in the field may not be the damage we’re considering or testing for initially. Feedback from customers is an essential because that gives us an idea of what targets we need to design for.’

Damage cycles out in the field could be more lateral loads, more cornering loads, or where the wheel is positioned on the vehicle.

‘If you’re getting to vocational applications such as mining or construction where they’re really going to the extremes for that wheel, you’ve got to make sure that you’re designing for those specific applications’, he adds.

Who would have thought wheel design would be such a complex undertaking?

Designing to the needs and applications of the customer is very much embedded in the Alcoa Wheels philosophy, and the results speak for themselves.

The Alcoa® Ultra ONE® 22.5” x 8.25” wheel is leading the drive to enhance the durability, sustainability and reliability of heavy-duty equipment wheels at just 18kg and with 17% more strength than industry standard 6061aluminium alloy wheels.