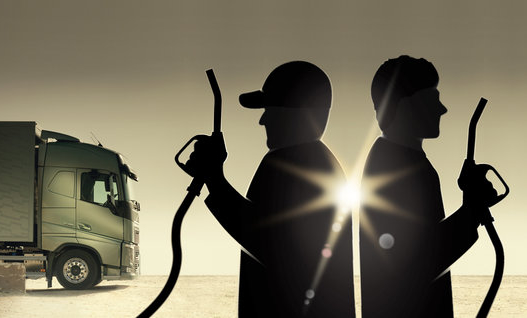 After a gruelling two days of competition involving 21 truck drivers from around the country, Steve Wastell of BLU Logistics took out the Australian final of the Volvo Trucks Drivers’ Fuel Challenge 2018.

“Safety and efficiency are at the very heart of what drives Volvo trucks – we know from research that a fuel-efficient driver is a safe driver. The Volvo Drivers’ Fuel Challenge demonstrates how vitally important it is for truck drivers to develop great skill and competency in managing fuel consumption,” explained Mitch Peden, Vice-President – Volvo Trucks Australia.”This Challenge puts the drivers through their paces both on- and off-road to test their ability in gaining optimal fuel efficiency from a truck in differing conditions. Our trucks are designed with the best fuel efficiency features possible, however it’s ultimately up to the driver to achieve good performance.”

Drivers had their fuel efficiency performance tracked throughout the Challenge using Dynafleet data, which reported precise real-time information and analysis of how they were performing throughout every minute of the drives.

The field of 21 competitors was reduced to 12 drivers for the final on Day Two of the Challenge, which ultimately determined the overall winner.

The winning driver will now travel to Sweden in September where he will represent Australia in the global final, competing against drivers from 37 other countries around the world.

“The Drivers’ Fuel Challenge is an incredible event, it really makes you think hard about every part of your driving and draws on all of your truck driving experience and skill,” Mr Wastell said.

“It’s also a great way to challenge the typical stereotype of truck drivers. There’s no doubting that this is a difficult course to navigate in the best of conditions, let alone while trying to get the most fuel efficient performance of the day.

“Australia has some of the best trucks drivers in the world, and we can only get better if we’re looking at our telematics and working out how to improve by driving with fuel efficiency in mind.

“Now I just can’t wait to get to Sweden and do Australia proud in the world finals.”