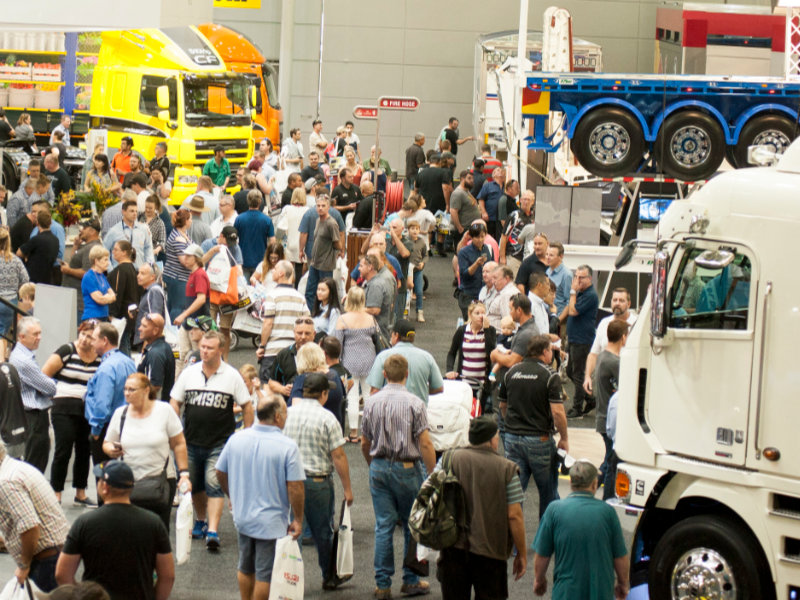 The Brisbane Truck Show has renewed long-term partnerships with BP Australia and Bauer Trader Media ahead of the 2019 event’s official launch later this year.

BP return as the show’s Platinum Partner; while Bauer Trader Media is back for its 10th show as Official Media Partner.

Adam Arnold, BP Australia General Manager – Marketing & Offer Development, says the company is delighted to once again be the Platinum Partner of the Brisbane Truck Show.

“This will be an outstanding event which provides patrons with the opportunity to see the latest in industry product, technology and the people side including health and careers in transport,” he says.

“As Platinum Partner, the event provides a valued opportunity for BP Australia to showcase our continued investment in our local network, including truck stops and key diesel and truck-friendly sites strategically positioned across Australia, for the benefit of transport operators and drivers,” Arnold adds.

“The 2017 show was an outstanding success, with more than 34,000 decision-makers and visitors pouring through the gates to witness more than 300 displays of Australia’s best vehicles, components and transport equipment — all in undercover, air-conditioned comfort.

“Most importantly, exhibitors delivered glowing testimonials of the event, citing best-ever sales, leads and networking opportunities and describing it as the best one in its long and proud 50-year history.

Under the partnership, Bauer Trader Media has exclusive rights to publish the 2018 Brisbane Truck Show Official Program containing a full preview of the show and exhibitors as well as crucial show information including maps, exhibitor listing and other important details.

“Through its comprehensive suite of print and digital publications, Bauer Trader Media provide unprecedented opportunities for exhibitors to promote their show presence to the key target industries of transport, agriculture and construction, before, during and after the show,” Bradley says.

“I strongly encourage all exhibitors to take full advantage of these opportunities to really leverage your participation in the 2019 Brisbane Truck Show.”

For all the latest information and sponsorship opportunities at the Brisbane Truck Show visit www.brisbanetruckshow.com.au.