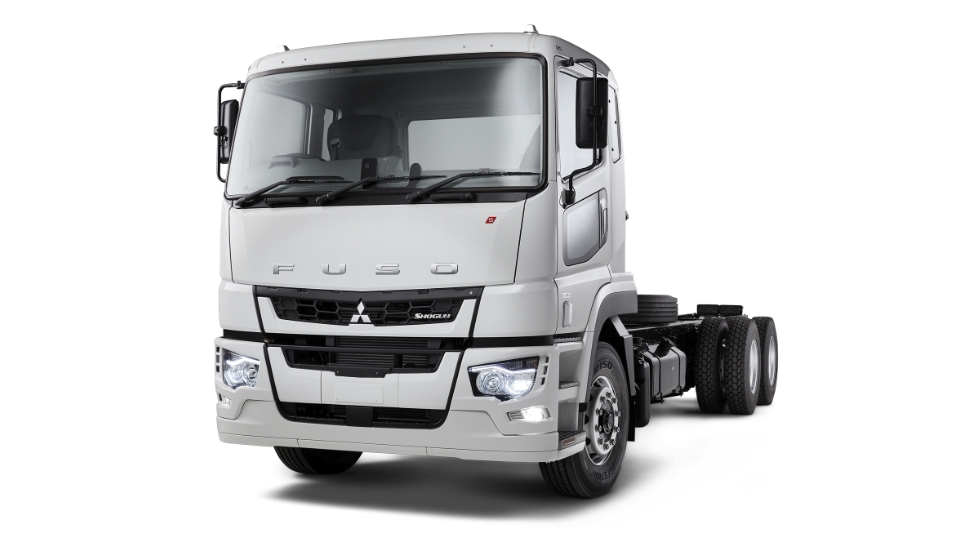 Fuso will launch a new heavy rigid Shogun model at the Brisbane Truck Show next month.

The Shogun 360 was developed as a premium 14-pallet rigid model with class-leading safety, comfort and Euro 6 emissions using a more compact engine.

The Shogun 360 is well-placed to deliver maximum productivity gains with a tare weight of just 6950kg and is available as a 6×2 or 6×4.

As you might expect from a Fuso wearing the S badge, the Shogun 360 features a full-suite of safety technology designed to keep drivers and other road users safe. This includes Advanced Emergency Braking System, Lane Departure Warning System, Electronic Stability Program and Driver Attention Assist, which uses facial recognition technology to warn of fatigue.

Fuso Truck and Bus Director, Alex Müller, says the Shogun 360 was developed for a specific segment of the Australian transport industry.

“Many of our customers operating in the 14-pallet distribution segment have been asking for a truck with the safety, quality and efficiency of Shogun, so we are thrilled to deliver it,” he said.

“We have already taken extensive orders for this exciting new Shogun model and are pleased that our customers value the safety and fuel efficiency the 360 offers,” Mr Müller adds.

“Fuso is proud to further contribute to road safety in Australia with the latest active safety features and also help reduce emissions with Euro 6 technology well in advance of any regulations,” Mr Müller says.

“Our customers really appreciate the peace of mind provided by our class-leading warranty and the long service intervals, which help them to drive down running costs,” Mr Müller says.

The Shogun 360 features the same spacious cabin as regular Shogun models, including the innovative passenger-side transom window for optimum visibility and the ergonomic interior with a driver-focused dashboard layout. Standard features include a 7-inch multi-media unit with digital radio, air-suspension seat, climate control and steering wheel mounted controls, and push button start. A reverse camera is standard, while as many as seven can be supported.