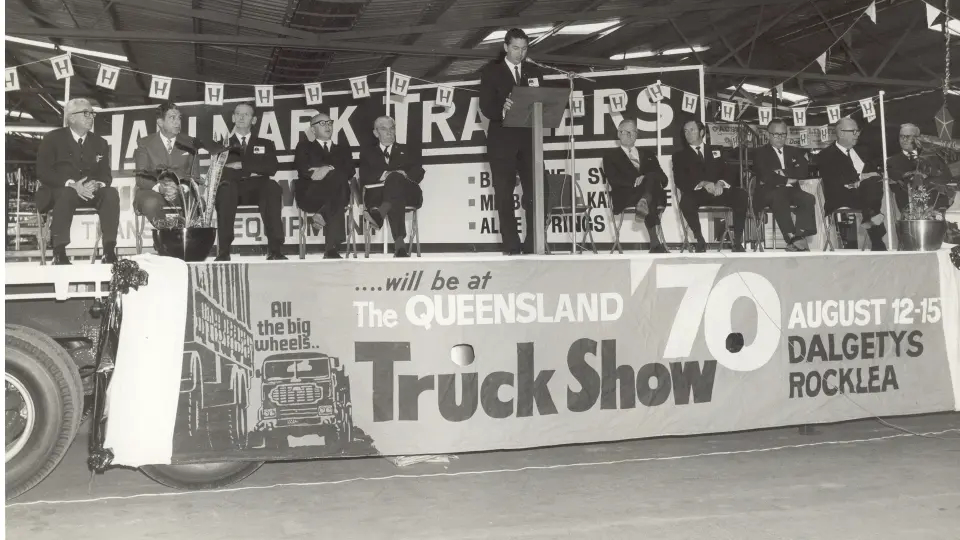 Six members of Heavy Vehicle Industry Australia are being celebrated for fifty years of continuous membership.

HVIA President John Drake said that today, the 26th of August 2020 marks the 50th anniversary of the Constitutional signing of the Commercial Vehicle Industry Association of Queensland (CVIAQ); the same governing document adopted by the members of HVIA upon its formation five years ago.

“I believe it is absolutely necessary as we reflect on the legacy of the organisation, to make mention and pay tribute to the six initial members of HVIA who joined in 1970,” Mr Drake said.

The six members that have been continuous members for the past 50 years are:

“I want to take this opportunity to thank each of these organisations for their ongoing support and loyalty,” Mr Drake added.

“Fifty years of continuous membership is rare and a feat worthy of the highest praise and acknowledgement from HVIA and their peers.”

Former CVIAQ President Mark Johnston of Haulmark Trailers said the organisation’s formation was a very important step in the development and professionalism of the industry.

“The founders and early members of the CVIAQ had great vision and passion for the industry,“ Mr Johnston said.

“Undoubtedly, the true value of this association is watching a room full of industry competitors all working together for the common good of the industry, not the individual.”

Michael May, Managing Director of Iveco Trucks (Australia & New Zealand) said “We continue to be an active member because it’s an important platform to talk about safety, innovation and the things that are important, not only to our industry but the broader community as an essential service.”

Olivia Corrado & Stefan Oelhafen, Joint Managing Directors of BPW Transpec said their organisation has been proud to be associated with the HVIA for 50 years.

“In today’s climate we are aware more than at any time previously of the importance of industry groups to be the active and effective voice of its members.”

“Our shared values of driving a safer, more productive transport industry is a key factor in our successful partnership.”

Penske Australia Managing Director Hamish Christie-Johnson said their longstanding membership has been key to showcasing their brands to the road transport industry.

“We look forward to many more years to come of our membership with HVIA,” he said.

The extraordinary legacy of the six

Signatories on the Constitution

(Those who were part of the six founding members)