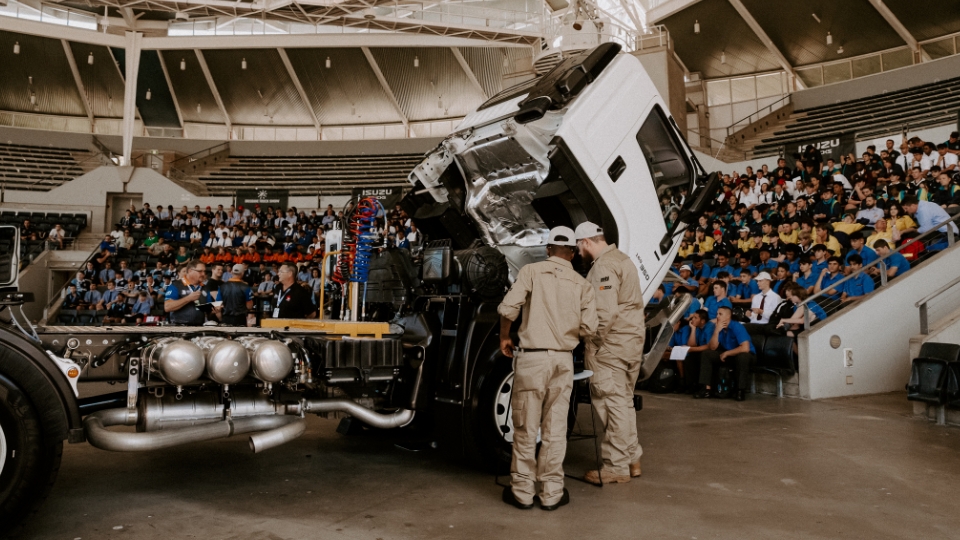 The drama unfolds at the National Apprentice Challenge.
The final takes place today at the South Bank Piazza from 1.00pm to 2.00pm.

On the first day of competition Jack and Shaneet from the Eastern Team took on Beau and Bekitemba Gwebu from Western Team.

After pulling away early having quickly identifying a number of the pre-programmed faults the Eastern team went into the halfway mark in the lead. In the second half of the 45-minute challenge, however, the Western team found their form to draw level when time elapsed with both teams boards showing seven faults found out of the nine.

When all the heat results were tallied any ties would be separated by penalties with a half-point deduction for any mistakes. The judges kept those details close to their chests until the finals teams announcement which you can read below.

Day two was another exciting day of competition between Western team and Southern team’s Samual and Luke. Both teams were neck and neck with to five minutes to go. Then the Western team had a break-through, jumping ahead and repairing all nine faults with two mins to spare.

On day three the Eastern team and the Southern team were competing for the last place in the finals. At the end of the gruelling session there was just one point separating the two teams.

The west’s Bekitemba and Beau watched on intently, still not sure whether they had done enough to get into the finals.

The two teams going into the Sunday finals are:

Total scores for the past three days are follows:

Today’s final will be tough again with 5 bonus points available to clinch the win.

Isuzu Truck’s Brenton Cook (National Technical Manager) and Adam White (Queensland Technical Manager were very proud of all the apprentices during the last three and looking forward to the finals.