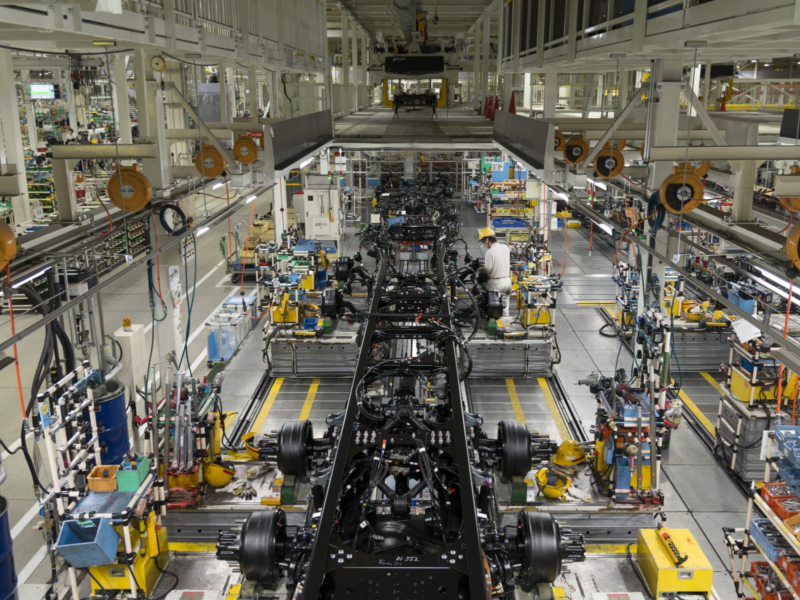 Reduced emissions underpin a compelling environmental story for Hino at the launch of its all-new Hino 500 Series Standard Cab.

“This introduction is before the Australian Government has even finalised legislation to define what its next level of emission regulations will be or when it will be effective.”

“However, our commitment to the environment at a local and global level goes far beyond that – in fact 95% (by vehicle weight) of the 500 Series Standard Cab is made from materials that can be recycled.”

Moreover, as part of its commitment to the Hino Environmental Challenge 2050, Hino aims to reduce the carbon dioxide emissions of its vehicles by 90%.

“Another target of the Challenge is to produce zero carbon dioxide emissions in the vehicle manufacturing process.”

“At our recently built Koga Plant, where the 500 Series Standard Cab is produced, we use cutting-edge technology to reduce energy and water consumption and in doing so reduce the impact on the environment. Clever measures at the Koga Plant include subterranean heat collection using geothermal heat, rainwater collection for toilet flushing, natural lighting and limiting air conditioning up to 2 metres from the floor.”

“These new measures at Koga are expected to reduce carbon dioxide emissions by 25% and use 65% less water when compared with conventional Hino production plants.”

But it is not just on a global scale that Hino is a leader in strategies for environmental impact reduction.

In 2007, Hino Australia was the first truck manufacturer in Australia to introduce a hybrid commercial vehicle to the Australian market, the Hino 300 Series Hybrid.

“The Hino 300 Series Hybrid is the best-selling diesel-electric commercial vehicle in Australia with eight variants available and almost 600 vehicles sold and in operation.”

According to the Green Truck Partnership case study (a NSW State Government collaboration with industry), a comparison between a light duty diesel commercial vehicle and its hybrid counterpart found that the hybrid version delivered a 21% fuel efficiency benefit relative to the conventional diesel variant.