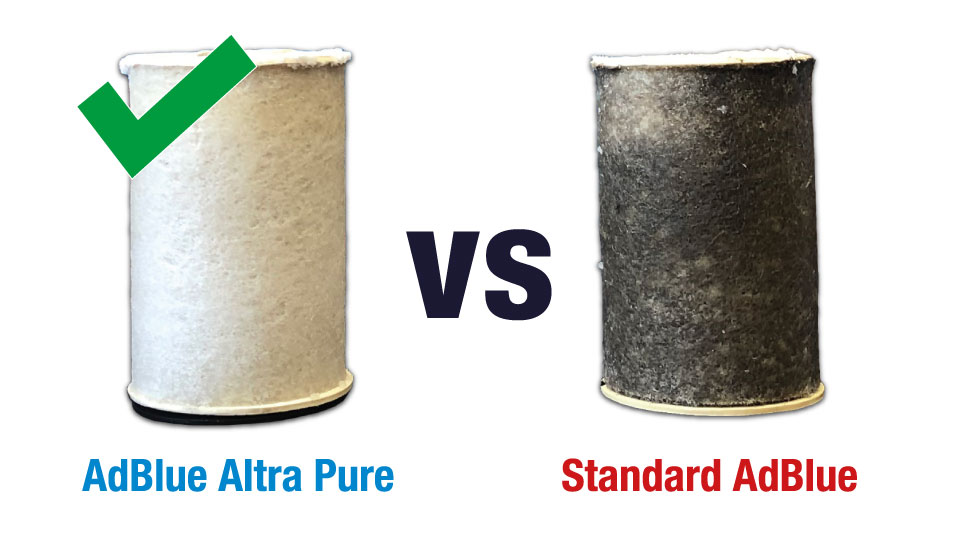 Sensors in the exhaust system monitor the gases and sprays AdBlue when required to break down harmful nitrogen oxide (NOx), converting it to safe nitrogen and water vapour.

With AdBlue being a relatively young category worldwide, its real-world application and side effects are only now being realised.

“We began investigating the cause of this residue, which was creating SCR failures, downtime and repair
costs,” Maguire says.

Discussions with other transport operators identified this was becoming noticed in many SCR systems nationwide.

“After doing comparison testing within our own fleet, we have found significantly cleaner filters, injector nozzles and total SCR systems operating solely on AdBlue Altra Pure,” he adds.

AUSblue has been producing AdBlue Altra Pure for over 12 months as its sole form of AdBlue and has received consistent feedback from customers of the benefits, with lower maintenance and repair/ downtime costs.

AUSblue is at the Brisbane Truck Show to demonstrate such savings to fleet managers and owner-operators.

This article is published in the Official 2021 Brisbane Truck Show Program – available with this month’s editions of ATN and Owner Driver magazines, or at the show.