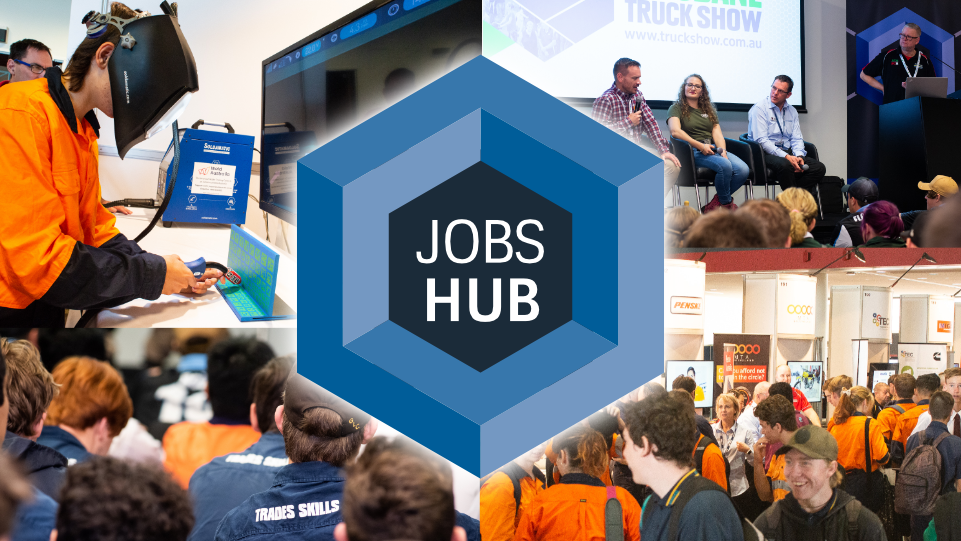 It is full steam ahead with preparations for the 2021 Brisbane Truck Show and with each week more details are being revealed about exciting displays, events and activations taking place within and alongside the show.

HVIA Chief Executive Todd Hacking said that the success of the Jobs Hub at the last show has inspired further expansion that will showcase the heavy vehicle industry to a wider audience.

“We are excited to relocate the Jobs Hub and National Apprentice Challenge to the South Bank Piazza, making it free for the community to attend, and linking it with the South Bank Truck Festival,” Mr Hacking said.

“We are partnering with the State and Federal Governments to ensure job agencies, job seekers, parents, teachers and students have access to industry ambassadors and real jobs.

“Within the same space we will be delivering an engaging education program with hands-on workshops, masterclasses and hackathons aimed at inspiring and empowering our industry’s next generation.”

The whole activation will be hosted by an amazing young entrepreneur named Scott Millar. From selling keyrings at local markets, Scott grew his business into an e-commerce brand shipping thousands of units a month by the time he was 15.

At 16 he launched a company creating holograms for events and marketing and by the time he was in grade 12 he was travelling around the world working with leading brands on their events.

Scott now works with young people around the world to show them that age, location, and background is no longer a barrier for success in today’s innovation economy.

“I am hoping to lead by example to show other young people the amazing things they can do and the opportunities they can take if they both work hard and work smart,” Scott told us.

The South Bank Piazza is an amazing covered amphitheatre that will also feature the live staging of the National Apprentice Challenge.

“Alongside all that, Brisbane Truck Show exhibitors will be connecting with students and other job seekers from the Jobs Hub display,” Mr Hacking added.

“We have previously brought in hundreds of students from about forty schools in the Brisbane catchment.

“This year, with additional support from the Queensland Government we are expecting that number to head well north of a thousand and coming from upwards of one hundred schools.”

Mr Hacking said the BTS21 Jobs Hub is a unique opportunity for HVIA members and other Brisbane Truck Show exhibitors to demonstrate the diverse career paths available across the industry and to access the great pipeline of talent for their businesses.

“We are really excited to be able to connect with the broader community around the strength of the heavy vehicle industry and the rewarding careers that we know are there for people with the right attitude,” he said.