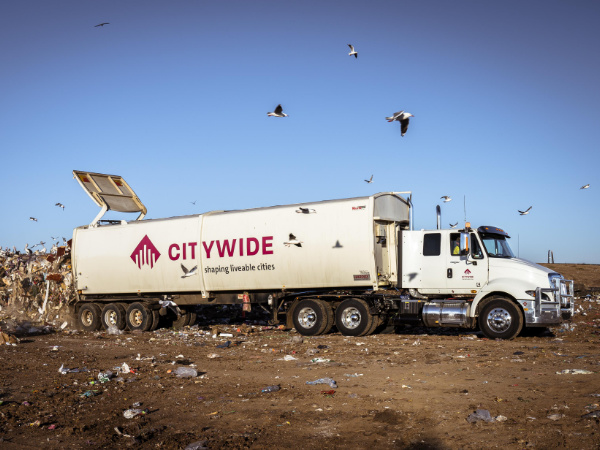 When most people think refuse trucks, a hard-working ACCO compactor will likely come to mind, but beyond curbside collection work, there’s also a need for other truck combinations – this is where vehicles such as Sean O’Connor’s extended cab ProStar come to the fore.

A professional driver of over 30 years, Sean has worked widely in the transport industry in a number of roles before most recently finding a seat at the wheel of his ProStar, as a subcontractor for leading waste management company, Citywide.

The truck is configured to haul a three axle, enclosed single trailer from refuse collection centres in Melbourne to designated landfill sites on the outskirts of the city.

As a transport industry veteran, Sean has piloted many trucks over the years, particularly North American brands and when it came time to select his next truck, he researched long and hard before selecting the INTERNATIONAL.

“I’ve had a lot of first-hand experience driving a variety of truck brands, plus I also closely studied the specifications of the trucks I was interested in on-line,” Sean said.

“And just to make sure, I asked for opinions from other drivers I knew.

“In the end I liked the look of the ProStar, it had the specifications I wanted; the fit and finish and feel of the cabin was good, and it was competitively priced.”

Sean’s ProStar features the standard Cummins X15 SCR engine producing 550 hp and 2508 Nm of torque. Coupled to the engine is Eaton’s intelligent ‘Ultrashift Plus’ automated manual transmission which Sean says he’s quickly become accustomed to despite most of his previous trucks having been traditional manuals.

“A requirement of trucks working for Citywide is that they are automated, so this was the main reason I went for the Ultrashift,” he said.

“But now that I do have the AMT, I really like it, it provides for a much more relaxed driving experience, it’s almost like driving a car and it shifts so smoothly as well.”

With Melbourne’s traffic congestion fast gaining notoriety throughout the country, Sean often starts his working day in the early hours of the morning to get lighter conditions traversing the city’s western commuter belt.

According to Sean, as the ProStar has full L.E.D lighting throughout, he’s highly visible to other motorists, while himself enjoying excellent outward vision courtesy of the truck’s sloping bonnet and powerful headlamps.

“In traffic I can even see the roofs of the small cars in front of me and in the lanes either side, I reckon it’s better than in a cab over,” he said.

“The L.E.Ds are also fantastic, they light the road up as if it where day time.”

Once off the blacktop and on the landfill sites, Sean said that the ProStar handles the conditions with ease. The ProStar features power divider with cross locks on both axles for additional traction is slippery conditions.

“This truck manages to push through the muddy sites where some others struggle,” Sean said.

“For these conditions we’ve also fitted rubber guards to the rear axles which are easier to clean and maintain if debris gets caught up around the wheels.”

Despite the application not normally requiring him to sleep in the truck, Sean selected the extended cab model to provide him with additional in-cabin storage space and for the odd occasion where he might need to rest-up.

This configuration also provides the flexibility for the prime mover to be used in other applications in the future if job circumstances change.

The truck was bought from Adtrans in Laverton where Sean said he had a great purchase experience.