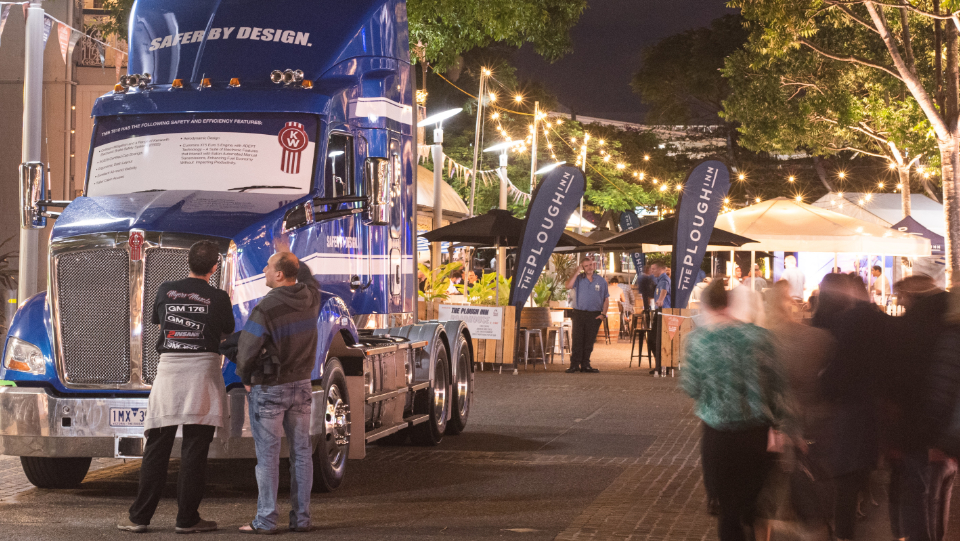 Published exclusively by ARE Media – December 2020

The latest announcement about the 2021 Brisbane Truck Show was not about the truck show at all. Yet it was greeted with overwhelming enthusiasm by stalwarts from across the industry.

The last show to feature heavy equipment and machinery was also the last show at the RNA – Brisbane showgrounds – back in 2009. The show’s hand was forced by the redevelopment of the showgrounds, however the move to Brisbane Convention and Exhibition Centre has been well rewarded.

Exhibitors have been able to really step it up with the quality of their displays in one of the world’s great venues. The Brisbane Truck Show is the only event that takes over the whole centre, with fantastic displays filling all three floors.

The proximity to South Bank and the CBD has opened up new opportunities for truck displays, networking, dining and entertainment.

If there was one, the only downside was that there was nowhere for the big yellow construction gear.

Well, in Australia we never say never. The exciting news that the 2021 Civil Construction Field Days will be hosted by the Civil Construction Federation of Queensland in tandem with the Brisbane Truck Show was confirmed last month. They have delivered the concept on a smaller scale before, but the 2021 event is not short of ambition.

The new venue is down river from the Story Bridge alongside the fabulous Northshore Hamilton development at Portside Wharf.

It is large enough for a huge array of heavy equipment and machinery and plenty of parking too. Not that you’ll need it if you take the free shuttle from the truck show, or jump on a Rivercat from South Bank.

The reciprocal ticket means that your entry into one show will also get you into the other. That’s a lot of bang for your buck.

Last year’s Brisbane Truck Show brought with it a new umbrella event that takes in all the displays, product launches, dinners, conferences, meetings and other activations alongside the show.

Australian Heavy Vehicle Industry Week gave a name to an extraordinary collection of activities that make Brisbane an irresistible destination for the industry every two years.

2021 will see major anniversaries celebrated by a couple of the industry’s biggest names. Plans are well under way for how that will look on the ground but enough to say that you, the visitor will be the beneficiary.

There will be more trucks and trailers on display at South Bank parklands and more again in the CBD.

Virtually every bar and restaurant in the precinct will be offering deals for truck show attendees; the National Apprentice Challenge will be staged in the South Bank Piazza and live entertainment every day – and every night – will bring the festival to life.

Meanwhile the Brisbane Truck Show will benefit from new features including a dedicated Future Fuels hub and an expanded Technology and Innovation hub.

The Queensland Heritage Truck Show over at Rocklea has been taking place on the weekend of the show for years. If you haven’t made your way over there before, 2021 is definitely the year.

Speaking of heritage trucks, the 1928 Thornycroft A2 that was the stage for the very first Brisbane truck show in 1968 is currently being restored. That project is no small challenge however everything is on track to unveil her on opening day of the show.

It sounds like everything that’s old is new again, doesn’t it? All that and a whole lot more.

With the borders opening up, hotel rooms are booking fast. Make sure you’ve locked in yours.