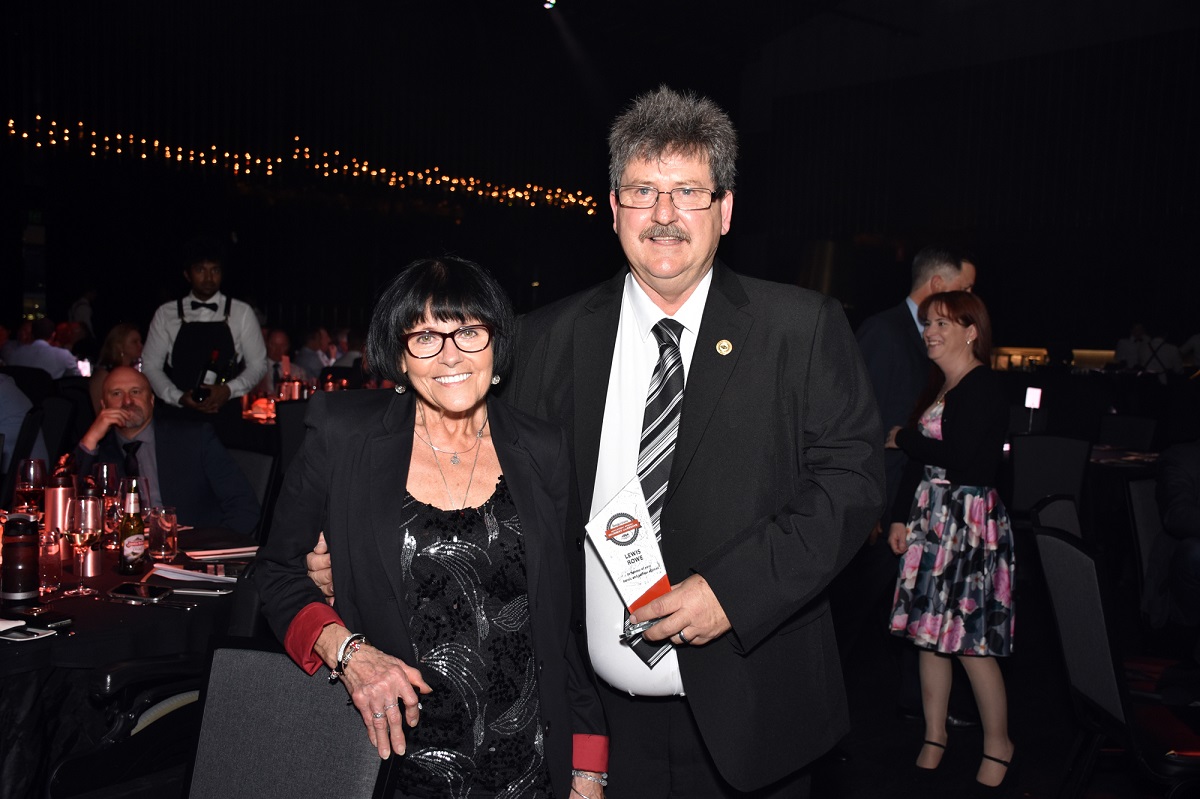 A Linfox truck driver has been acknowledged with the Bridgestone Bandag Highway Guardian award for his prompt action at a crash site, which saw him save a fellow truck driver from a fire.

Lewis Rowe was recognised with the award at the Australian Trucking Association’s (ATA) Technology and Maintenance Conference in Melbourne and commended for assisting the driver of a rolled truck to escape as his prime mover caught fire.

Mr Rowe was at a standstill for a separate incident near Holbrook on his run from Melbourne to Tarcutta on the night of 25 September, when another truck collided with a car behind him, rolled on its side and came to a stop alongside his B-double.

Without delay, Mr Rowe sprung to the fellow driver’s aid, using his fire extinguisher to suppress flames, and helping the driver out from behind the wheel and through the broken windscreen to escape with only superficial injuries as the stricken truck caught alight.

Mr Rowe was also commended for moving his truck out of harm’s way after helping the other driver escape, ensuring the fire did not spread and become a multi-truck blaze, and his assistance to police following the accident.

“Lewis Rowe is a worthy recipient of the Bridgestone Bandag Highway Guardian accolade. He was selfless in the way he came to a fellow driver’s aid and without his intervention, it could have been a much more catastrophic outcome,” said ATA Chairman, Geoff Crouch.

“We are constantly reminded with accidents like this how dangerous our roads are, but the Bridgestone Bandag Highway Guardian also demonstrates how amazing individuals in our industry step up and go beyond the call of duty when faced with adversity and danger.”

Mr Rowe’s nomination for the award was accompanied by glowing endorsements from police officers who attended the scene, his manager, Dennis Spirovski, and President of Intermodal Linfox, Ian Strachan, describing him as an exemplary employee.

Bridgestone Australia and New Zealand Managing Director, Stephen Roche, agreed that Mr Rowe should be acknowledged as a hero.

“You can’t imagine what it would be like to face an overturned truck, about to erupt into flames, but Mr Rowe encountered just that and put the needs of a fellow driver above his own.

“Actions like this deserve to be acknowledged and we take great pride in partnering with the Australian Trucking Association and highlighting those in the trucking community who go above and beyond in helping others,” Mr Roche added.

More information about the accolade, or nominations for the Bridgestone Bandag Highway Guardian, are available on the ATA website.