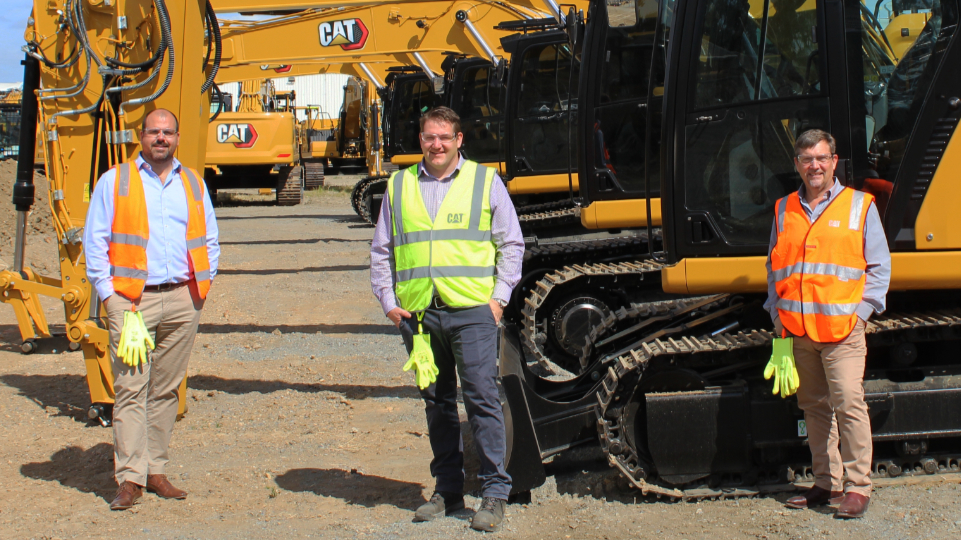 The Brisbane Truck Show (BTS), Queensland’s largest B2B event, is set to get even bigger with a new partnership that will see it turn back the clock, with the launch of a new accompanying heavy equipment & machinery show.

“One ticket, two shows and free transport.  That will make a lot of people happy,” Mr Hacking said.

“HVIA has been on a journey of trying to deliver more value for our loyal attendees, who travel from all around Australia and the world to come to Queensland for the BTS.

“I think this is an absolute game changer and I’m proud of the HVIA board, the BTS organising team, and thank the leadership of the CCFQ for working with us over the past 12 months to ensure we can get this deal off the ground,” Mr Hacking concluded.

“We are so pleased to announce this partnership with HVIA,” Mr Long said.  “Our members use a lot of trucks and trailers; our two industries are intertwined and aligned, so to be able to offer an expanded new concept will be an incredible event.

“Aligning transport and heavy equipment is a show-stopper and will not only ensure the industry can attend and look at the new developments, innovation and technology, but it is also a great way for the family to come together on the weekend and learn more about our industries.

“Our industry builds the roads, tunnels, motorways, rail, pipelines, airports, and community developments that supports the Queensland economy.  We are connecting Queensland.

“Major infrastructure projects that are transforming our State, include the recently completed Toowoomba Second Range Crossing and the new runway at the Brisbane Airport.

“Current projects such as Inland Rail, the M1 and Bruce Highway upgrades, Cross River Rail, and Brisbane Metro, will transform the lives of many Queenslanders,” Mr Long concluded.