Home / Articles / Scania is bringing out the big guns 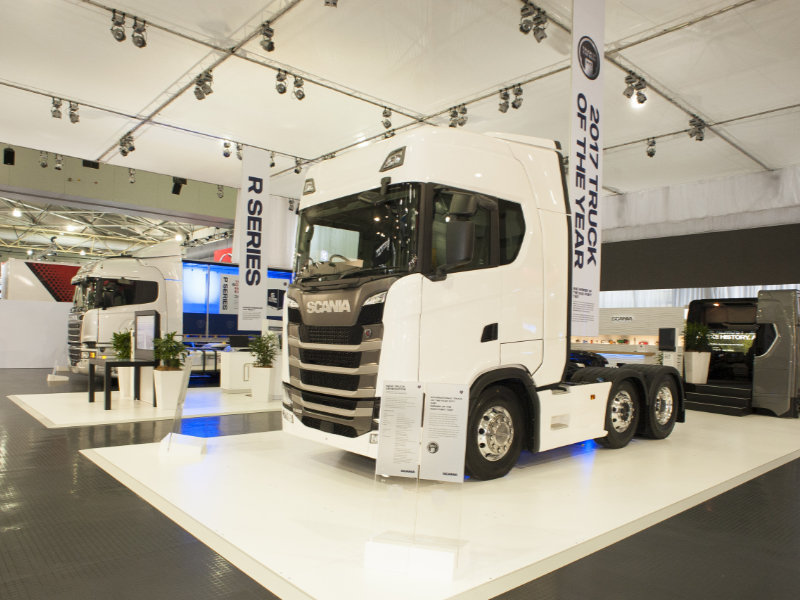 Scania is bringing out the big guns, including the NTG V8 and XT tipper, for its stand at this year’s Brisbane Truck Show.

With its eyes on a sustainable transport future, Scania Australia plans to display a wide array of efficient, cost-effective vehicles at the Brisbane Truck Show, which runs from May 16 to 20.

Key among Scania’s hardware exhibits will be its New Truck Generation (NTG) V8 flagship as well as a Scania XT tipper, a G-series prime mover and two P-series rigids; one powered by a new engine, and one dedicated to running on alternative fuels.

Scania says it will once again put emphasis on its business-efficiency solutions which it believes are becoming an integral part of the Scania offer to operators across the industry, from owner-drivers to national fleets.

In addition, Scania says it will have experts on hand to discuss fleet monitoring and driver training, as well as contract maintenance programs, preventative maintenance, plus rental and used vehicle sourcing. Representatives from Scania Finance Australia will be on the stand to discuss various fleet planning and funding arrangements.

As well as the truck display, the Scania barista intends to keep the coffee flowing across the four days of the show.