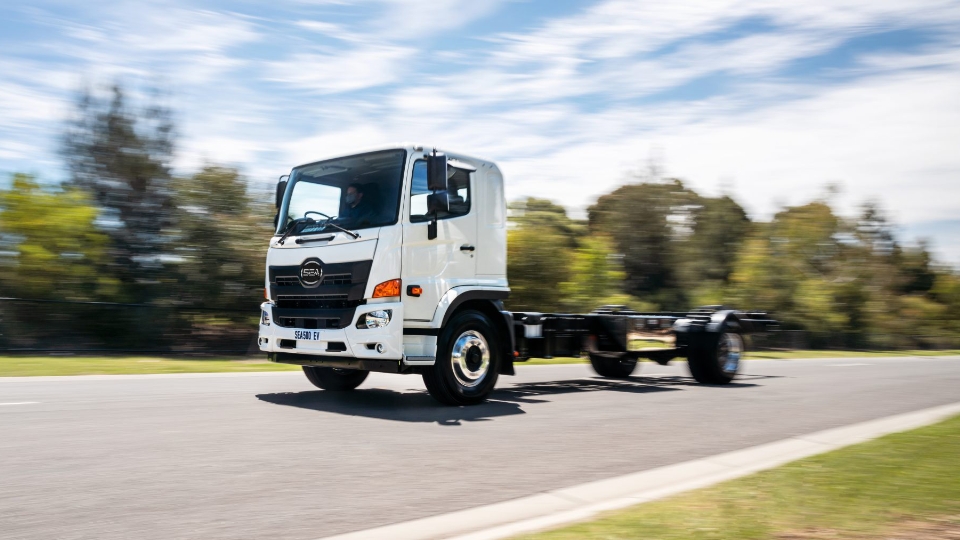 Australian electric truck company, SEA Electric, will use the upcoming Brisbane Truck Show to publicly launch the first operational-ready range of electric trucks from a manufacturer globally, with five different vehicles to be presented.

Trucks to be displayed at the Brisbane Truck Show include the SEA 300 EV and the SEA 500 EV, with the exhibit also offering visitors a glimpse into the technical aspects of the innovative SEA-Drive® Power-System.

For the first time, the SEA 300 EV models will be presented with SEA Electric’s new badges and branding.

“This Semi Knock Down kit collaboration is the first of its kind, and has set the benchmark for similar programs in other SEA Electric markets around the world,” said Tony Fairweather, SEA Electric’s Founder and President.

A highlight will be the unveiling of the SEA 300-45 EV model, with its 4,500kg GVM capable of being driven on a car licence.

The model’s intelligent design sees batteries and the Power-System optimally positioned away from the steer axle, allowing for improved weight distribution and outstanding driving dynamics.

The SEA-Drive® 70-7 Power-System fitted to the truck features maximum power and torque ratings of 127kW and 700Nm. Its 88kWh battery capacity provides up to 250km of unladen range with a fast charging time of under two hours.

“It’s fantastic that the Brisbane Truck Show is back, and we are excited to be able to present our range to the public, now as an OE manufacturer,” said Glen Walker, SEA Electric Regional Director for Oceania.

“Operators the world over have mandates to reduce their carbon footprint, with SEA Electric at the forefront of zero-emissions solutions for transport.

“No other company has a line-up of all-electric models with a GVM range of 4.5 through to 22.5 tonnes, especially with the level of performance and reliability which SEA has proven in the field with millions of kilometres of real-world use.

“We are particularly proud of the SEA 300-45 EV, as we see it as a true game-changer in the marketplace, especially following the growth in the past 12 months of last-mile deliveries.

“The beauty of our new production line assembling the trucks from the Semi Knock Down kits is that the process provides multiple efficiencies, including from a waste perspective, as many components were previously discarded in the retrofitting process.

“The consistency of assembly also results in a commonality of the parts required and the sort benefits that come from volume manufacture.

“Perhaps the most important element of SKD assembly is it allows SEA Electric to relate to the Australian transport sector in the time-honoured tradition; as an OEM with a full range of products sold, serviced and supported from a National Dealer Network.

“Since the announcement in March of the SEA 300 EV and SEA 500 EV, we have been full steam ahead, with the models being warmly received by the marketplace, while our technology continues to make waves in both North America and Asia.”

The trucks to be displayed at the Show feature a sample of the application possibilities, including tipper, elevated work platform, and refuse collection, with all auxiliary operations fully electric powered.

These trucks will be located between the SEA Electric exhibit (Foyer stand 50), and the nearby South Bank Truck Festival.

The display SEA 300 examples represent the first new trucks to roll off the production line, with further models available for test drivers from the 15 fully accredited SEA Electric dealers nationwide in the coming months.