Home / Articles / The Transport Industry and Supercars, it runs deep 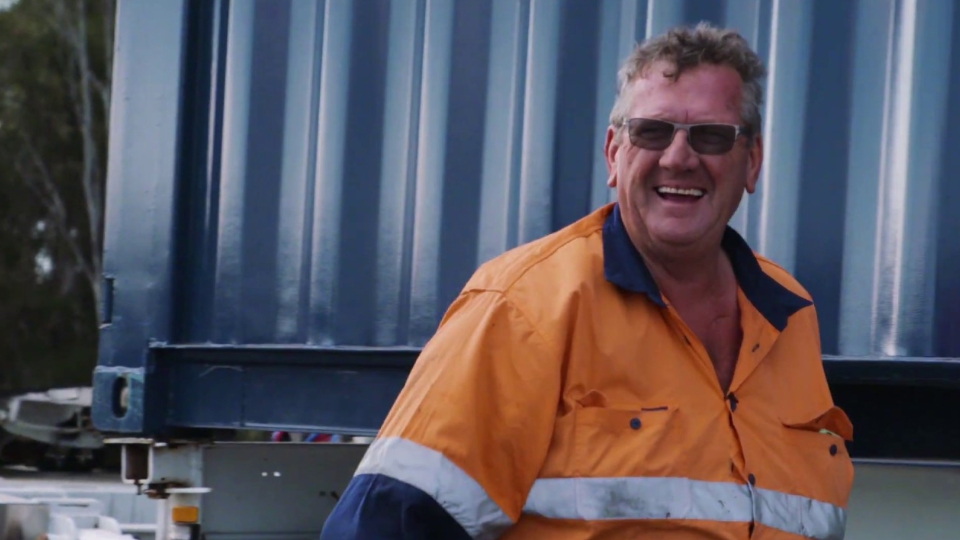 The transport industry runs deep throughout Australia, much deeper than it looks on the surface.

That was evident when Eddy Mostert, dad of Walkinshaw Andretti United Supercars driver Chaz, and Rod Cunningham, General Manager of Sales – Asset and Equipment at Morris Finance, got together for a chat.

Chaz will be at the Morris Finance stand at the upcoming Brisbane Truck Show on Thursday May 13, but despite that link, when they got on the phone together it was immediately obvious the connection that they both shared beyond the track.

Above all else, they are a couple of blokes who love the transport industry, and what it has done for their lives.

11-minutes into the ‘interview,’ Rod said, “we haven’t even answered a question yet, we have just been talking rubbish, I guess we better get to that,” summing it all up.

As a history, after his time in the Australian Army, Eddy Mostert started his life in the transport industry in 1973. At its busiest, Mostert Interstate Transport, Eddie’s business before he sold it in 1993, had 25-trucks and 40 trailers.

“Back then we had a cordless phone, so I used to get under the trucks, talk to the clients on the phone, and fix the trucks at the same time,” Eddie recalled.

To this day, he still works casually in or on a truck, whether it’s behind the wheel of a semi-tipper, a water truck, or on the tools, “I just can’t sit still, I love it.”

For Rod Cunningham, his journey started as a diesel fitter at the Geelong council, working on everything from lawn motors to graters, TK and J series Bedfords, the list goes on.

After servicing forklifts for a Toyota dealer in Geelong, which got him on the road, he thought there might be a bigger opportunity in the sales and service market.

“The first day I remember putting a shirt and tie on and being absolutely terrified… and I’ve been in sales ever since,” he laughed.

In 1993, Rod set up JOST Australia in Victoria. After 8 and a half years there, he moved over to Scania, looking after their national fleet sales, before going to MaxiTRANS as the GM of Freighter, and later in life Barker Trailers, before now working for Morris Finance.

Both shared a laugh talking about when they dipped their toe in the sales water.

“I had to buy a suit before my first meeting one day, I didn’t even own one, no shoes that work with a suit, no belt, no nothing,” Eddy said.

Throughout the chat, without any prodding, they reeled off trucks, people, businesses and locations like they were written in front of them.

From Eddy’s first truck, the Leyland Comet, to working around the corner from Sugar Murphy’s place in Yarraville, trips up and down the east coast, or across to Perth, the ins and outs of a Scania, and of course, the names of people dealt with along the way, like Neil Zantuck from Scannos, or Graham Wilson who had the fleet at Mount Barker, it was a lifetime of memories they came flooding back like it was yesterday.

The one that stood out was their good mate Arthur Barker from Barker Trailers, a man who both had dealt with, felt the rath of, and shared a beer with, sometimes all on the same day… “it’s the way business was done back then wasn’t it Rod, no b******t,” Eddy said.

So just what is it about the transport industry that they love?

“It’s the mateship, it’s the loyalty. I’m 67 so I’ve met a hell of a lot of good people. Supercars race all over the country, and there is probably only one round I have to book accommodation for, the rest I can pick up the phone and go stay with a mate,” Eddy said.

Like it was scripted, the perfect example of that mateship was halfway through the interview, as Eddy sat in his truck on the side of the road taking the call, a co-worker of his pulled to the side to check if everything is alright… always looking out for each other.

“It’s the people for sure, everyone works hard in the caper, you know where you stand, there is just something really special with the industry,” Rod added.

“That’s what is great about the Brisbane Truck Show, it’s such a great meeting place, and it’s a room full of fantastic people.”

And Chaz? Well, he’s not just a Supercar driver, and son of a truckie, “he could have been the best driver on my books I reckon,” Eddy said.

So will we see Chaz behind the wheel of a b-double one day?

“I’d love for him to get a truck license, I would absolutely love that,” Eddy said.